Here's How I Fought A Dreaded Disease - And Won!

This truly changed my life for the better...

Hello! My name is Andreas Wecker, Olympic Gold Medalist and Founder of Andreas Seed Oils.
Thank you for your interest in learning more about how I got started, and giving me the opportunity to share my life-changing experience with you.
This is the story of my struggle with chronic illness, and how I rediscovered my health.
Many remember me through my career as a gymnast, competing for Germany in national and world championships, including the Olympic Games.
My greatest achievement was the gold medal on high bar at the 1996 Summer Olympics in Atlanta.
That is - until 2000, when I tore my bicep during training... 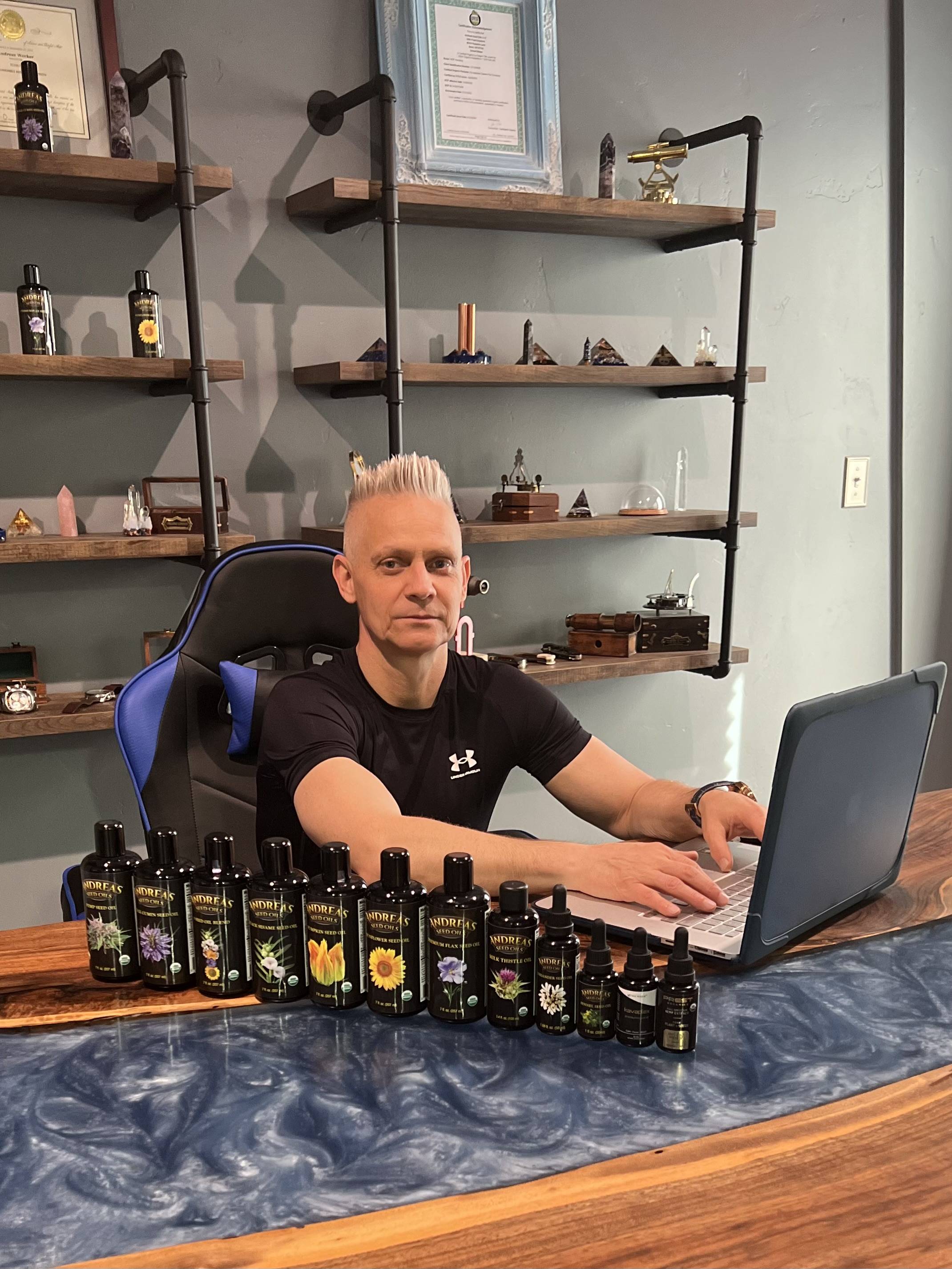 Just three days before I was to compete at the Sydney Games, my Olympic career was over.
Following my six-week recovery from the injury, I toured as a professional gymnastics exhibitionist.
However, it wasn't easy to keep up with the way I used to perform.
Like other athletes in my field, in order to cope with severe pain issues, I depended on a combination of painkillers, aspirin, and coffee for 14 years to get me through my practices and performances.
When I stepped away from my athletic pursuits in 2004, I stopped taking the pills I had become so dependent on.
I thought this would be a good decision for my health in the long run.
However, against expectations, my health began to rapidly deteriorate...
In 2006, over a six week period, I had lost 45 pounds and 80 percent of my blood supply.
I was soon admitted to the hospital, where I was diagnosed with something I’d never heard of, Crohn’s Disease (CD).
That night, I received eight blood transfusions, and was immediately started on a treatment plan with hopes of reversing my body’s quick decline.
After almost two months in the hospital, the 33 pills I was taking every day were not improving my condition. Though they temporarily alleviated some of the most severe symptoms. I knew this wouldn't be a cure for me.
This treatment plan was causing my body to become progressively weaker, and without a miracle, the next step would have to be a major surgery to remove large portions of my digestive tract.
As I saw it, I had three options.
Die from Crohn's Disease, die from the medication, or find another option entirely.
Something needed to change, or I wasn't going to be able to make it...
Thankfully, a friend had told me about an alternative to my treatment that gave me hope.
He let me know that a member of his family had also suffered from CD, until they began using fresh-pressed flax seed oil to supplement the treatment.
Seeing this as the opportunity I needed to survive, I followed his advice and began taking my prescribed medications with some fresh-pressed flax seed oil.
And at 36 years old, I decided to check myself out of the hospital...
I'm so glad I listened, because it changed my life... 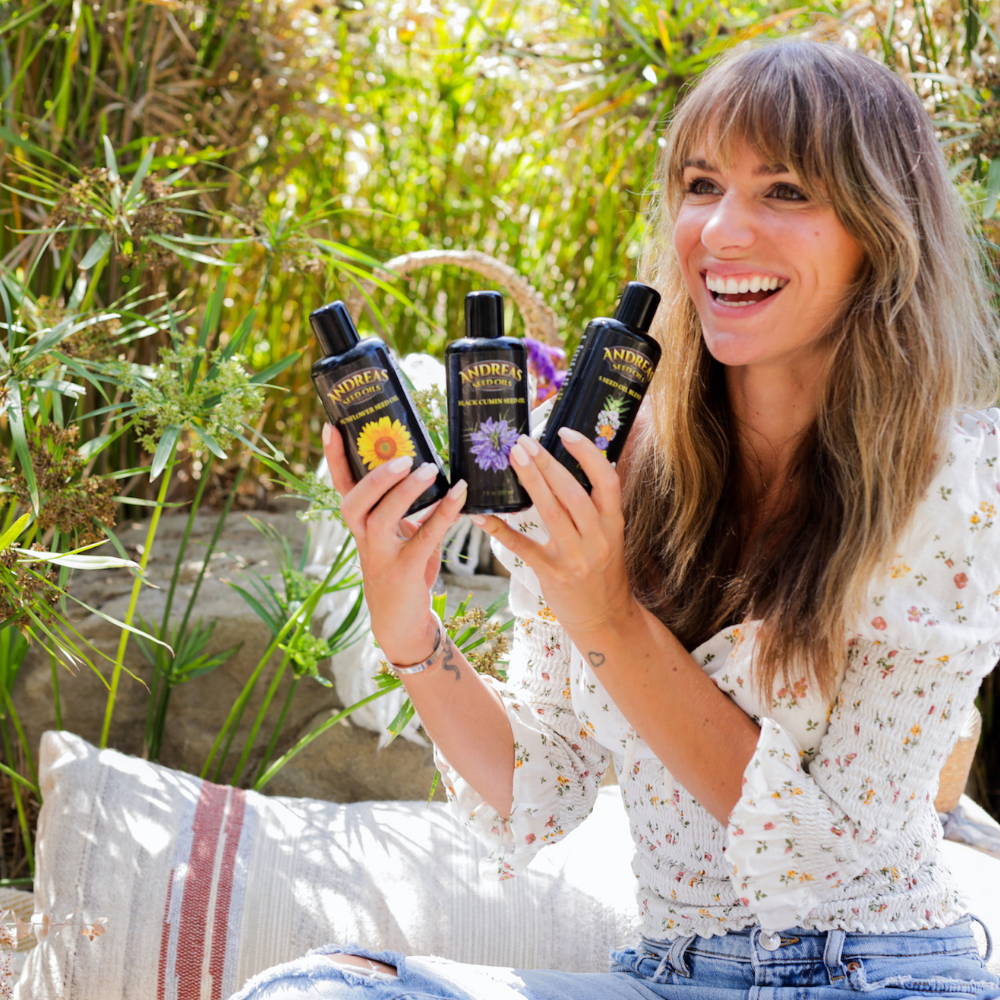 I realized over a short period of time that my body was responding positively, and I felt relief from the pain and inflammation!
As I reduced the number of pills I took every day and continued taking the flaxseed oil, the side effects from the medications waned, and I was beginning to feel so much better.
After three months of supplementing with flaxseed oil, I stopped taking the prescribed medications for Crohn’s Disease entirely.
Diet modification, combined with taking the fresh-pressed flaxseed oil, changed my approach to managing my health problems, and my improved condition testifies to that flaxseed oil’s repair work within my body.
This struggle that initially took a heavy toll on my life has now shaped my true calling.
I recognized that high-quality oils, perhaps of all kinds, could help others improve their overall health as well. Over the next 14 months, my journey towards creating a purer oil, and oil press, began to unfold.
During this time, I would also realize that in order to make my dream a reality, and also for the freedom to create a better life for my young daughter, I would need to move my family to the United States.
In September of 2007, with the help of a sponsor, I moved my family of three from Germany to Los Angeles, California; each of us bringing a single suitcase.
The following month, I had a clear vision to create a new, revolutionary oil press.
Other producers of seed oils that I had seen didn't understand how much care needs to go into the seed oil extraction and bottling process.
They would use techniques like dilution and mechanical grinding to mass produce their formulas, which is both inefficient, and often results in an overall less quality oil.
These poor practices also allow for metals to potentially contaminate the oil, and for the oil to oxidize and spoil faster in storage.
I wanted to create something that was very different from what was offered on the market…
A seed pressing solution that used no grinding, no metals, no oxidation, and no dilution.
This vision would become a reality soon enough, but would not be available to me until two years later...
In 2008, in order to purchase our first inventory of seeds and bottles, my wife and I sold our wedding rings.
I began pressing just one bottle of Premium Flax Seed Oil per day from a small modified press.
And out of this, Andreas Seed Oils was born!
As our lives changed with the seasons, my business began to grow. I continued producing seed oils and distributing them myself throughout the greater Los Angeles area, increasing my reach and my collection as I progressed. 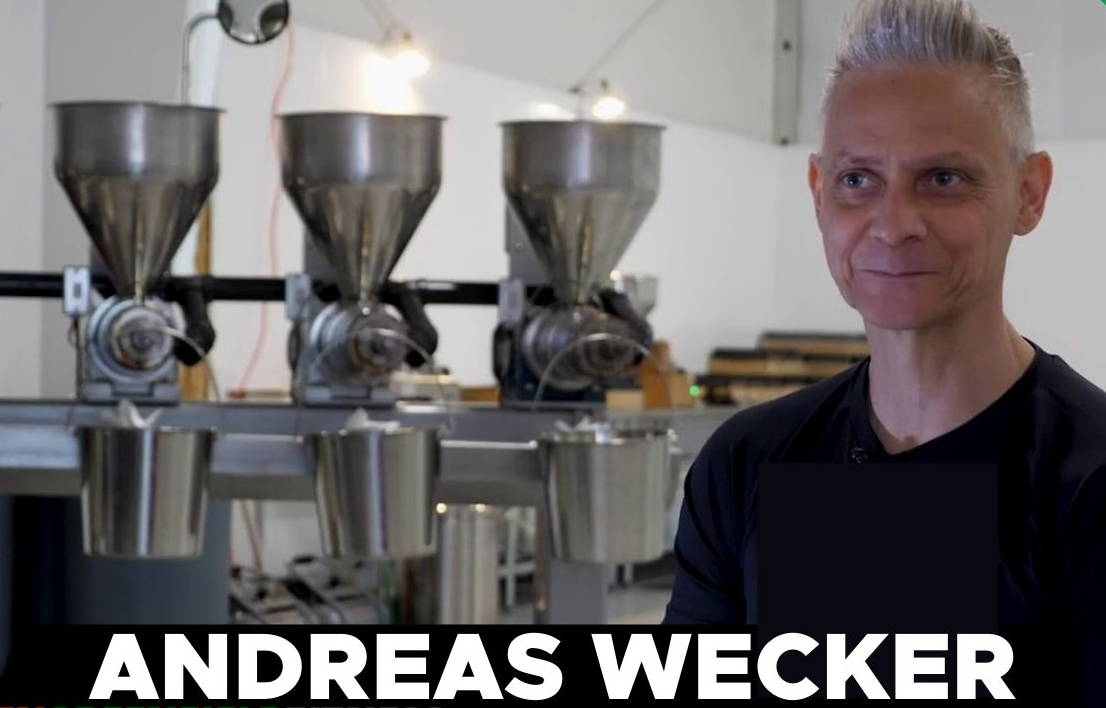 Finally, in November of 2009, I purchased the very press that had been constructed out of my vision almost two years prior.
Now, I own 4 patents for my advanced seed pressing machine technology.
The use of this custom-built press allowed me to unlock and release the full benefits of the oils, creating an even more superior product to what my customers had known and loved for years.
Andreas Seed Oils was continuing to thrive. Happy customers with positive feedback continued to enjoy my growing selection of unique healthy food oils.
But out of all of the seed oils I've pressed, however, this one was the best.
The real life-changer for me came in 2011, when I began pressing Coriander Seed Oil.
As I was continuing to suffer from residual effects of my disease, as well as from side effects of the medications I ceased taking 5 years earlier, this Coriander oil was my breakthrough in health, helping me with completing my recovery from Crohn’s Disease.
And now, I'm embracing my past experiences for the path they've set me on.
I continue my vision of producing the purest food oils that can be pressed, as a reminder to myself for the reasons why I am still here.
Which brings us to Andreas Seed Oils as it is today.
As the old saying goes…“You can get on with living, or you can get on with dying.”
I chose to get on with living, and found a way of helping myself. Every day I wake up grateful for that. I believe that what I'm doing today has the ability to help people greatly.
I've been expanding my facilities, further refining my pressing process, and consistently growing my collection of oils to show how something as simple as a seed can support so many different aspects of our nutrition and wellbeing.
One of my favorite additions to the line has to be Milk Thistle oil, which possesses astonishing benefits for your natural Liver function.
I encourage anyone who wants to better support their health to give one of my Andreas Seed Oils a try, or reach out and let me know how I can help.
Thank you for reading my story, and welcome to the Andreas Seed Oils family!
As always, be well.
Andreas Wecker

Try Some Of My Favorite Seed Oils!